In the 1970s at the University of Chicago, a professor by the name of Eugene Gendlin, PhD asked a group of psychotherapists some very important questions. He asked this:

Why does psychotherapy NOT work? Seriously, what a great question that is, don’t you think? Instead of arguing over which method(s) might be better or work with 50% of people instead of 40% asking the question that seeks the answer to why, when psychotherapy is not effective is it NOT working? In the course of attempting to answer this magnificent question a group of psychotherapists began examining recordings of therapy sessions. In the scope of those examinations, they identified a core key quality that clients who did get better during psychotherapy had or possessed that those that did NOT get better did NOT have.

So what was that quality? Well I’ll tell you in a moment but it’s also important to notate that they asked the next logical question which was:

Can this quality be taught to those that don’t have it? The answer was yes and Gendlin’s best selling book on the technique of focusing was begun.

So what was the quality?

It was the ability to get in touch with the felt sense. In other words using different setups creating inquiries as to how the issues at hand were being held within the body. In other words Somatic processing. Bringing a client out of the story and into their body where all of the actual physical suffering is occuring. Gendlin stumbled upon the basic tenants to shifting a state of being in bringing perception shift to how we are holding something instead of simply being lost in the story of suffering. The space and shifting created begins a cascade of natural unwinding and healing that is quite honestly a part of our natural inheritance as mammals that our higher functions of belief and conditioning get in the way of. The body keeps score. West this same healing in various formats including MBSR clinical meditation training that focuses first on meditations such as the body scan that have been proven to shift the actual brain neural plasticity, increasing grey matter brain tissue in areas of executive function, emotional regulation, and shifting the way we process pain and fear.

What you are basically talking about here is brain surgery its the daily habits of how you are using your consciousness where what the brain practices is what it gets conditioned to do more frequently. If that’s not next level cool to you, you might want to back up and read all of that again. it means that mental and emotional healing has a natural process that we need merely engage or more frequently get out of the way of.

For more information about shifting out of suffering and changing who you feel you are please visit www.scottaustinmartin.com 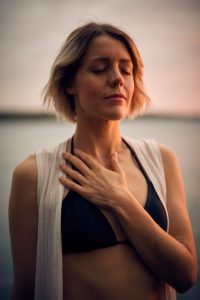 We're not around right now. But you can send us an email and we'll get back to you, asap.

How to reduce the suffering of anxiety without medications.Articles, Education, Health, Health, Lifestyle